Type something and hit enter

Samsung has released their own digital payment system, Samsung Pay. Samsung Pay payment system is present to challenge Apple and Android Pay Pay is already present, and it is available exclusively only in certain types of Samsung phones. Samsung Pay is a brilliant innovation that makes our payment system can work in any shop, "Rhee said, when introducing Samsung Pay at Samsung unpacked event, New York, USA. The claim is well-founded. Because the Samsung Pay has a mechanism quite different from most other electronic payment systems. To use this service users must first register a credit card you want to use. After that, the phone can be used to make transactions at point of sale (PoS) that support credit card. 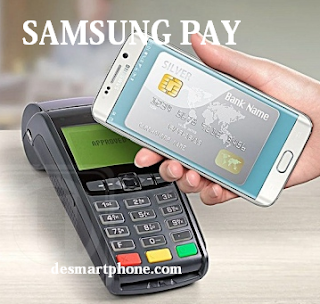 The greatness of Samsung pay is, these systems do not require advanced NFC-based PoS machine, and is compatible with most machines today. Because basically Samsung Pay only manipulate the way pay is usually swiped, becoming just need to put the phone on PoS machines. This can be done because Samsung puts a special antenna in the phone for the transaction. (Cnn)

Ok, back on launching Samsung pay in China that Samsung mobile payment service Pay officially launched in China in partnership with China UnionPay, which is also a major player interbank payment business in the country.
Global Head of Samsung Pay, Injong Rhee said the agreement announced last December allows customers in China include credit and debit card details into the service.
"Consumer acceptance of Samsung Pay since its launch has seen tremendous success in terms of availability and adoption by users," he said in a statement here today.
The introduction of a payment system via smartphone has been introduced in recent years in many countries, particularly in China but to the concept of user interest increased after the introduction of Apple Pay in 2014.
Samsung Pay, which was launched in the United States (US) last September did not require technology Near Field Communication (NFC) and can be used with any magnetic stripe card scanner.
"The service can be used on a smartphone Samsung Galaxy S7, S7 Edge, S6 Edge Plus and Galaxy Note 5 for more smartphones will be equipped with this service," he said.
Samsung Pay is also available in South Korea and will also be launched in Australia, Brazil, Canada, Singapore, Spain, and United Kingdom.
Source
Samsung
Next article Next Post
Previous article Previous Post